Since most of my JDeveloper work is aimed at SOA Suite, BPM and non-ADF Java, I choose the JDeveloper 11g IDE. On the JDK site I started with JDK7u6. However a security thingie got in the way and I switch to JDK7u7. I’m assuming you have a PC/laptop/VirtualMachine running a 64 bit version of Windows7.

However due to the security vulnerabilities in all earlier JDK 7 versions (on all OSes and their browsers) it is recommended to install only JDK7 update 7 and up. 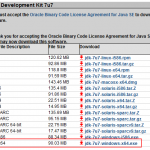 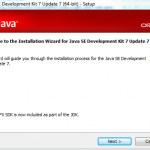 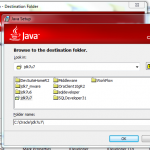 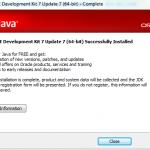 Since we have chosen a 64 bit JDK ourselves we downloading the jdevstudio11116install.jar from OTN Developer Tools site.

And then to install JDeveloper from the command prompt (cmd):

Then a GUI starts and the most important screens are: 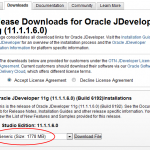 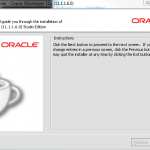 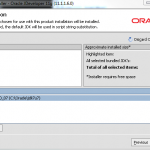 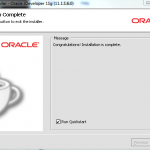 And you are ready to go.

Installing WebLogic Server on Ubuntu and JRockit 64 bits. This installation will later be used to install Oracle Service Bus.

Download the WebLogic Server installation files from OTN or E-Delivery.

Make sure the JAVA_HOME refers to the proper Java installation:

Check that the proper Java version will be used:

If you are installing WebLogic Server on a 64-bit platform using a .jar installation program use the downloaded wlsversionnumber_generic.jar . Start the installation using the following command. Include the -d64 flag in the installation command when using a 32/64-bit hybrid JDK.

An overview of the WebLogic Server installation screen can be viewed in the gallery:

You can check the JDK version:

If your systems are running AIX 5L there is some patching to be done. Assuming you’re using JDK 1.5 you have to apply patch 5261515.

After upgrading to a IBM JDK it is very well possible to run into the JAVAX.NET.SSL.SSLKEYEXCEPTION:RSA PREMASTER SECRET ERROR. In that case you have to modify the $ORACLE_HOM/jdk/jre/lib/security/java.security to