Although I didn’t attend the Burton Group Catalyst Conference in Prague this week, I was able to get a glimpse using twitter and some blogs. My main focus was on the Life after SOA: Next Generation Application Architecture track. In this post I’ll share some quotes and thoughts with you.

On governance I like this quote from Anne Thomas Manes:

If you can’t manage and govern your services with a wiki, a registry/repository won’t help you, either.

This goes great with the statement that I’ve put on this blog before that it is not about the tool it is about people and process. Besides that managing a Service Repository also isn’t a Silver Bullet either, it has proven to be very useful for some of our customers.

Here are some quotes from Mike Rollings on BPM:

Too much focus on business process automation is detrimental to your BPM initiative.

Automation helps reduce human effort, but fixating on automation gets in the way of optimizing the business.

Automation can be an enabler for optimization, however it should never get in it’s way of become some kind of burden. Yes software can help, but software is a means to (process) optimization not an end or a goal.

So far, I am not sure where I stand on the following quote from Anne Thomas Manes:

BPM infrastructure tools: process modeling tool is key. But models are not to be created to generate code.

On one side I’ve worked with tools that generate good code from models. At the same time I’ve worked with analyst and other functional people that do not have the skills to create a model that will result in great software. Please share your thoughts on the subject in the comments!

On October 5 and 6 2010 the worlds largest SOA and Cloud Computing event will be held in Berlin; the SOA Symposium. The International SOA and Cloud Symposium brings together lessons learned and emerging topics from SOA and Cloud projects, practitioners and experts.

There is a call for presentations:

The SOA and Cloud Symposium 2010 program committees invite submissions on all topics related to SOA and Cloud, including but not limited to those listed in the preceding track descriptions. While contributions from consultants and vendors are appreciated, product demonstrations or vendor showcases will not be accepted.

All submissions must be received no later than June 30, 2010. An overview of the tracks can be found here. Other resources:

After once again looking for good, useful definitions of Services and Process decided to put them here for future reference.

A service is functionality that must be specified in the business context and in terms of the contracts between the provider of that functionality and its consumers. Implementation details should not be revealed. The implementation of the service does not have to be automated – it could consist of purely human activity.

With the remark that “a business process is usefully pictured as being composed of re-configurable services”.

A software service is a type of service that is implemented by software and that offers one or more operations (or software functuions).

Web services technology is a set of XML-based industry standards and specifications that specify a communication protocol (SOAP), a definition language (WSDL), and a publish-subscribe registry (UDDI).

The following definitions were taken from Succeeding with SOA by Paul C. Brown. Who also wrote Implementing SOA.

A service is a unit of functionality packaged for convenience and consistent use.

With the remark that typically, this functionality consists of a body of information and a set of operations for managing this information.

A business process is a structured set of activities organized to produce results.
A process, or more specifically a discrete process, is a sequence of distinct activities that produces (or attempts to produce) discrete countable results.

An activity is a function performed by one or more agents that uses on or more inputs and produces one or more results.

This post could simply not exist without quotes from Thomas Erl. A complete list of his books in the Service-Oriented Computing series can be found on soabooks.com.

Services are collections of capabilities. A Service is a unit of solution logic to which service-orientation has been applied to a meaningful extent.
Services exist as physically independent software programs with specific design characteristics that support the attainment of the strategic goals associated with service-oriented computing.

A Web service is a body of solution logic that provides a physically decoupled technical contract consiting of a WSDL definition and one or more XML Schema definitions and possible WS-Policy expressions
In a Web service Capabilities are exposed as operations. 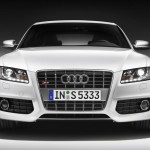 Besides innovation it is said in the Dutch magazine Management Team that reuse is one of the driving forces. It is great to have another example of how the principles behind Service Orientation not only deliver value in IT but also – or probably mainly – for the business when applied e.g. in other engineering disciplines.

Audi has limited the number of modules engineer are allowed to use to construct a new model. There are two main lines, based on how the engine is placed:

Audi claims to save 20% per manufactured car, and to save 30% on the development of new models. The economies of scale are further leveraged because of the reuse of components in the Volkswagen Group.

In October 2009 I posted about the announcement of the SOA Manifesto during the SOA Symposium 2009. For those of you interested, InfoQ has interviewed the original author’s and in some cases pulled in their comments on the manifesto from the web to get insight into the motivations and the process behind the initiative. The answers are gathered under the name SOA Manifesto – 4 months after. The article looks into the following subjects:

Today I give a presentation at the Oracle NL 25 years event – Celebrating a tradition in innovation. Although there are a lot of pictures the words are in Dutch, as was the language of the audience…
The story is based around practises developed in the last five years working on SOA projects. Despite all the desillusions on SOA projects that get a lot of attention this year, good results are achieved for our customers using these practises and guidelines. I’ll elaborate on them in future blogposts.

Still searching for the correct answer on the question: What skyline is in the picture on slide 12?

In the SOA still dead blogpost based on his impression of the SOA Symposium 2009, Joe McKendrick asks the question:

My personal opinion is that SOA is still alive or reanimated. The declaration of the SOA Manifesto has contributed to this. The least it has done is start discussion online and offline. These discussions will lead to a better understanding for the participants and those following them. The result will be more mature and successful (in business terms not technology) SOA implementations. This would be quite an achievement if the statistics that Anne Thomas Manes presented are accurate:

fewer than 10% of companies have seen significant business value in their SOA efforts.

Although the quotes on this page seem rather negative, I’m still an optimist on the case for SOA. It brings us solid principles and guidance in developing software of better quality.

Views on the SOA Symposium

Reading the blog of Linda Terlouw, I remembered having the same expectations on the “Service-Oriented Solution Evaluation Criteria” session: some info on how you can measure whether or not (or to which extent) a service conforms to certain principles. Instead it was a summary of the principles as they are defined by Thomas Erl.

At the end of the SOA Symposium 2009 the SOA Manifesto was ready and declared. It is based on these principles.

Service orientation is a paradigm that frames what you do. Service-oriented
architecture (SOA) is a type of architecture that results from applying service
orientation. We have been applying service orientation to help organizations
consistently deliver sustainable business value, with increased agility and
cost effectiveness, in line with changing business needs.
Through our work we have come to prioritize:

source
You can watch the Announcement of the SOA Manifesto on Youtube.

Update Oct. 26th
I found some blogposts of people participating in the creation of the SOA Manifesto: Clemens Utschig and Stefan Tilkov

All tweets on SOA Symposium

All tweets on th SOA Symposium can be found here. As they used the #soasym09 that is…. The Wordle is available here.

In this blogspost I’ll share a few thoughts I took from the afternoons sessions at the first day of SOA Symposium 2009.

Since architects, software engineers, and the like, are seen as techies (at least from a business perspective) Jaap Schekkerman argues that there is a gap between how these two populations actually use there brain. This is considered at least one of the reasons why IT projects fail.

But first let’s take a step back. Architecture is about:

Business people having a dominant right brain style are mostly interested in Style, and sometimes in Functions. On the other hand, architects – being mostly on the left brain dominant side of the scale – seem to have a sweet spot for Construction. This sometimes expands to Functions.
Where right brainers favor “the broad picture”, and left brainers have an analytical “brain for details” (would have used heart, but feeling don’t seem to be their thing). There comes a gap because of different interests in their communication.

A solution for smaller projects to bridge the gap is limit both scope and depth in meetings, and other interactions between these groups.

To be a business and IT communicator.

A person in this role as he sees it has a very broad set of skills and capabilities.

Grady Booch was very kind to join us via Second Life at a time that he would normally be sleeping (OK; it is an assumption from my side that he would love to sleep at 04:00 in the morning). Fortunately he still managed to give a interesting keynote.

Here are some quotes that I recognised from my own experience:

Architecture is about all the decisions that are made during a creation process. In this process thousands of small and larger choices are made. It is easy to see, how this can lead to the following:

With these statements in the back of our head it is good to see that fundamentals keep offering solutions. Here are some classics that can give you guidance: