Radical Candor — The Surprising Secret to Being a Good Boss

As expected reactions, stories and initiatives didn’t halt just a week after the NY Times published: Inside Amazon: Wrestling Big Ideas in a Bruising Workplace. This was just the beginning of an interesting study of the culture of high demanding organisations. 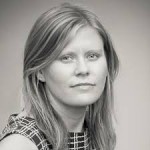 Last days I was moved and impressed by Julia Cheiffetz story. The Executive Editor at HarperCollins Publishers wrote about here experience at Amazon: I Had a Baby and Cancer When I Worked at Amazon. This Is My Story. If you don’t have a Medium account and don’t want to get one check the coverage and quotes on GeekWire. Julia’s story shows both upsides and downsides from the culture she experienced at Amazon. It offers a strong perspective.

Given her experience at Amazon I think she gives great feedback to Jeff Bezos in a very strong way. Feedback he asked in a reaction on the NY Times article. Julia Cheiffetz:

You asked for direct feedback. Women power your retail engine. They buy diapers. They buy books. They buy socks for their husbands on Prime. On behalf of all the people who want to speak up but can’t: Please, make Amazon a more hospitable place for women and parents. Reevaluate your parental leave policies.

And on hiding behind numbers:

You can’t claim to be a data-driven company and not release more specific numbers on how many women and people of color apply, get hired and promoted, and stay on as employees. In the absence of meaningful public data — especially retention data — all we have are stories. This is mine.

The thing here is that culture is reflected in the way you act on a daily basis. If it doesn’t show there, it is just words…

Another way of providing feedback requested by Jeff Bezos, was the launch of a blog called Amazonian Manifesto. The post were published by “A Concerned Amazonian“. The text suggests that there is some collective behind this avatar.

The blog publishes alternative leadership principles for Amazon. In short they are:

It is clear that these principles are inspired by and based on Amazon’s current leadership principles. However new dimensions are added (focus on the employee, the partner, own and fix) that are ment to heal the flaws that could lead to an unhealthy work environment. It is clear that different guidelines and measurement will lead to different results…

What if Amazon studied culture at Zappos (it owns) 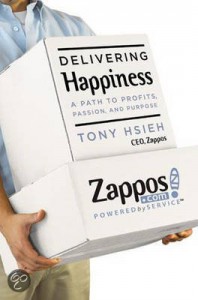 And what would happen if Amazon started studying organisational culture at zappos.com, a shoe and clothing shop it acquired in 2009? Zappos was founded in 1999 by among others Tony Hsieh, who wrote Delivering Happiness: A Path to Profits, Passion, and Purpose . A book that is described as:

I made a note to myself to make sure I never lost sight of the value of a tribe where people truly felt connected and cared about the well-being of one another. To me, connectedness—the number and depth of my relationships—was an important element of my happiness

Zappos culture is obsessed with customer happiness. And Tony Hsieh is for Zappos obsessed with creating a corporate culture based on connectedness and care. That creates different and great results. The book Delivering Happiness offers great insight on how to achieve this and what choices have to be made. It is a great read.

These are interesting days for those studying organisational culture or are just interested in this field. It all started this weekend when the NY Times published: Inside Amazon: Wrestling Big Ideas in a Bruising Workplace. The newspaper that won 117 Pulitzer Prices devoted two reporters for six months to this article that is very critical on the organisation culture at Amazon.com. The article was said to be based on interviews with more than 100 current and former Amazon employees.

A lot of reactions focussed on the bias of the NY Times article. An Amazonian posted a respons on LinkedIn . This post can be seen as a a point-by-point rebuttal.

Amazon is a big company, and gets referenced often. I’ve read many articles that describe us. Some are more accurate than others. Sadly, this isn’t one of them. This particular article, has so many inaccuracies (some clearly deliberate), that, as an Amazonian, and a proud one at that, I feel compelled to respond.

The NY Times gave room for the view of Jeff Bezos and other Amazonians as it published Jeff Bezos and Amazon Employees Join Debate Over Its Culture. And of course there is an internal memo from Jeff Bezos (that can be found at the end of this page and on Medium):

… The NYT article prominently features anecdotes describing shockingly callous management practices, including people being treated without empathy while enduring family tragedies and serious health problems. The article doesn’t describe the Amazon I know or the caring Amazonians I work with every day. But if you know of any stories like those reported, I want you to escalate to HR. You can also email me directly atjeff@amazon.com. Even if it’s rare or isolated, our tolerance for any such lack of empathy needs to be zero. …

That’s were our study of organisational culture continues: Where’s the truth? Is Amazon.com the hell in Seattle? How does this large influential company really behave and does it live up to it’s values. Since the company published its leadership principles we know what it uses to judge itself (or at least says it should use).

Several articles and posts tried to discover the point of view that is closest to the truth (if there is one). GeekWire spoke with a wide range (so probably not the over 100 that NY Times did) of current and former employees to get their take on the story and their insights into the company. It offers a more balanced view. And more and more it becomes clear that perception is everything.

Journalistic questions about The Times’ exposé

And there are other questions to be asked when looking into this matter. That is just what Jeff Jarvis (known by me for his book What would Google do?, but there is more) does in his article Hacking Through Amazon’s Jungle of Coverage.

And as Jarvis states:

… one starts to believe The Times might have an agenda, one is left trying to suss out what it might be: against Amazon and its owner, Bezos, who is a competitor; against technology, a direction too much of media is taking…

So the discussion moves to how well the NY Times did on this article and moves away from what should be the focus: issues that arise from high demanding work / work places.

And what did it show me?

Reading all the quotes and soundbites of former and current employees I once again realised that perception is everything. It is not just the NY Times that wasn’t clear to what standards Amazon.com is being judges, none of the employees are clear on this either. What are their expectations of their employer?
And I don’t have SMART criteria either. I tend to benchmark my current employer to previous ones and to my impression of how it is like to work at other organisations. Besides that I’ve been working for smaller companies, I think that I could quite easy come up with former colleagues that were let go that would either bash the work place and it’s culture or to some level agree that there wasn’t a good enough fit.

That leaves me with the question how to deal with the issues that could arise from high demanding work places? What are the issues (in specific cases)? Are there ways of organising or designing an organisation to deal with these? Could we train people to handle the issues we can’t find counter measures for? Please share your thought in the comments…

Important take aways for me were:

Very cool that one of my favorite quotes by Mario Andretti was used in the video:

If everything seems under control, you’re not going fast enough.

To cope with this aspect you need a fail friendly environment and a limited blast radius. For the first focus on fail recovery instead of an fail avoidance. For the latter focus on a decoupled architecture.

A healthy culture heals broken processes! Growing organizations have growing pains. Culture can either magnify or heal them.

The hour talk that Henrik Kniberg gave on Scaling agile @ Spotify is also available on vimeo: