Bloomberg’s innovation index is based on six equally weighted metrics. Their scores are combined to provide an overall score for each country from zero to 100. 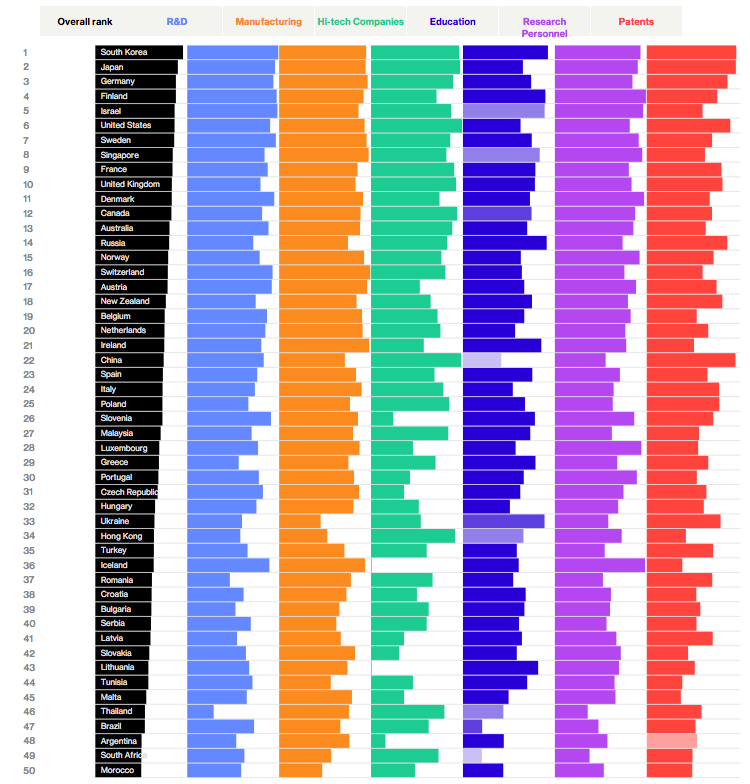 There is a more extensive list of innovation indexes.

One thought on “Bloomberg Innovation Index”